Who we are. How we think.

At Ectypos Architecture, we believe a house must live in harmony with its people, the physical site, and the surrounding environment. As architects, we see of our role as being the spark at the intersection of these aspects.

Founded in 2001, Ectypos listens to its national and international clients’ creative dreams as closely today as it did the day the studio opened. 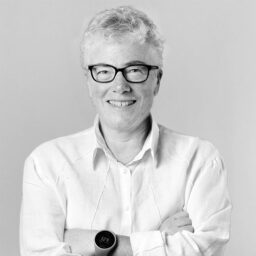 As an architect, Lucia Pirzio-Biroli holds true to her personal philosophy: good design is practical, elegant, and timeless.

It’s a belief that came naturally. Raised in the Pacific Northwest on Mercer Island, Lucia’s family had an appreciation for design, art, and landscape—everything a house can provide a natural home to.  Eventually, her personal appreciation for the everyday values of beauty and functionality took a professional turn.

Lucia’s journey would shape her practice philosophy. At the University of Colorado, she was immersed in innovative environmental design and sustainability thinking. In Italy, she worked for architects charged with the reconstruction of centuries old earthquake damaged buildings and landscapes. It was also a place from which to study the work of European modern architects. From Italy, she moved to Philadelphia where she further honed her skills earning a Master of Architecture from the University of Pennsylvania.  This mix of experience provided Lucia with the cultural and technical background needed to help further her client’s contemporary objectives.

Today, Lucia lives (and practices architecture) on Mercer Island with her husband, Michele Marquardi, and their teenager, Cora. Mercer Island is situated between Seattle and the eastside communities of Bellevue, Kirkland, Redmond, and Medina. 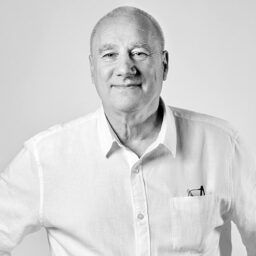 “I believe the most important tool of the designer is not the pencil but the eraser,” says Michele, who looks to bring balance and symmetry to every client challenge. To know Michele’s personal story is to know how “balance” became a critical part of his professional ethos.

He was born and raised in Friuli, Italy, a European gateway for extraordinary cultural and ethnic influences. His world was a place of great architectural tradition and a strong modern design perspective.

While working on his architectural degree at the University of Venice, he learned the value of typology as a means of connecting past and present according to their common characteristics. Michele’s undergraduate degree in surveying taught him respect for the land. For several years, he worked on the reconstruction, planning, and restoration of Italian landscapes damaged by earthquakes. During that time, he also worked independently on residential design and urban scale projects.

Michele brought those themes, ideas, and experiences with him when he moved to the United States.  More specifically, he moved to the Pacific Northwest where love of the land and respect for both traditional gestures and contemporary design is a regional mantra. All in all, it was a natural fit.

Today, Michele lives (and practices architecture) on Mercer Island with his wife, Lucia Pirzio-Biroli, and their teenager, Cora. Mercer Island is situated between Seattle and the eastside communities of Bellevue, Kirkland, Redmond, and Medina.