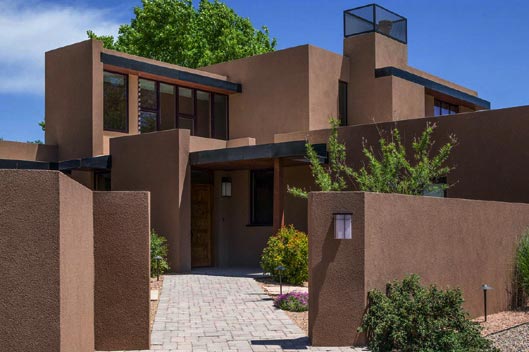 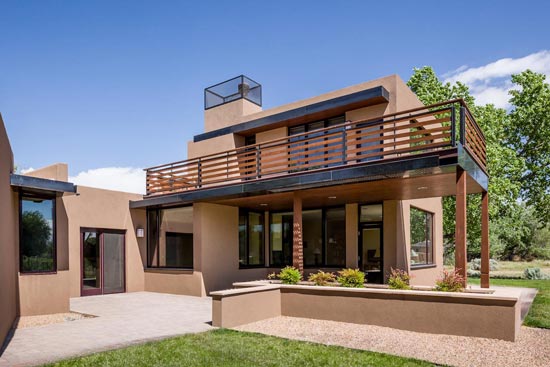 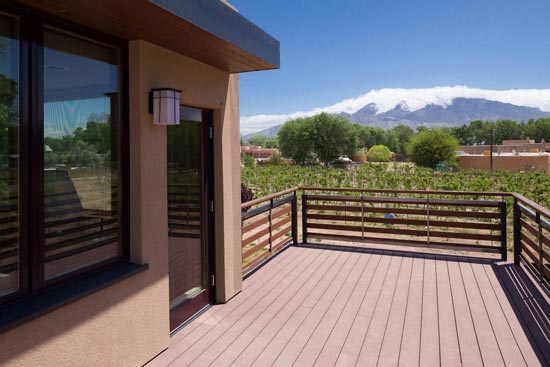 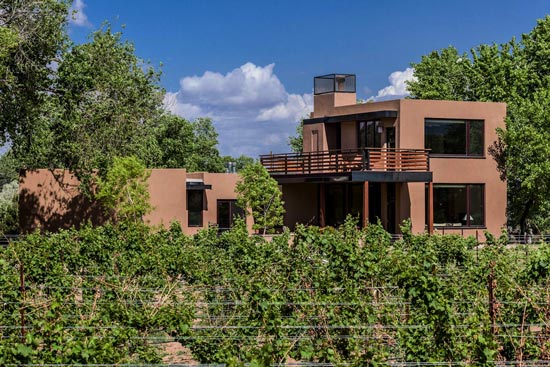 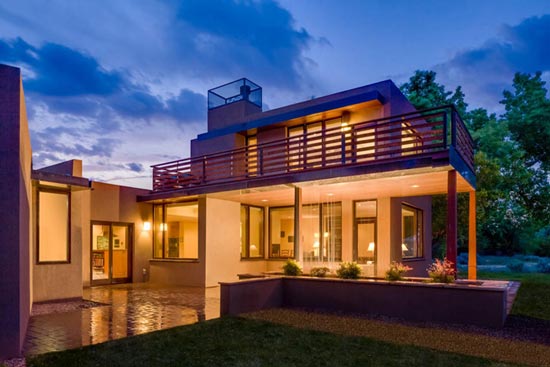 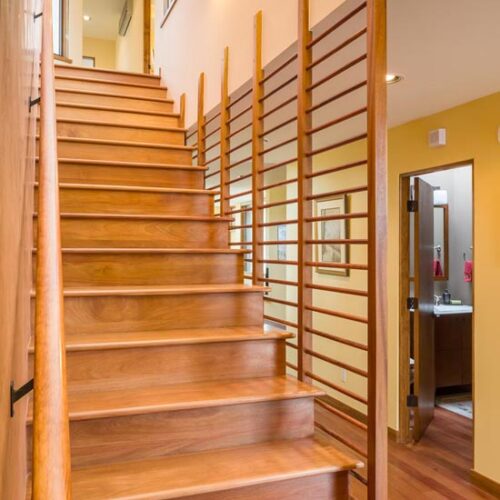 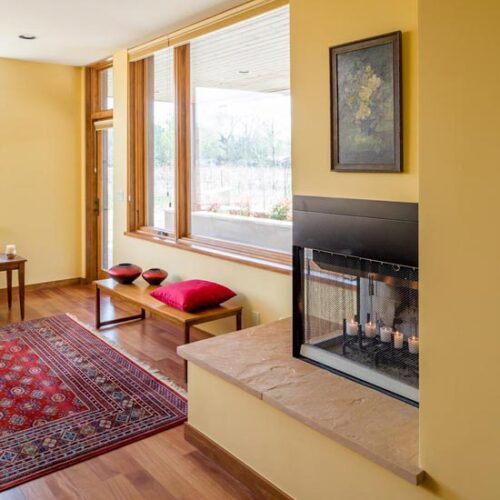 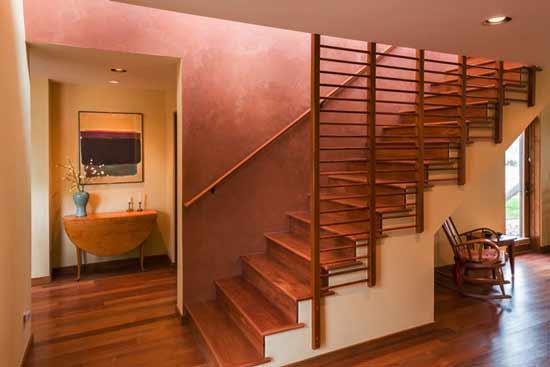 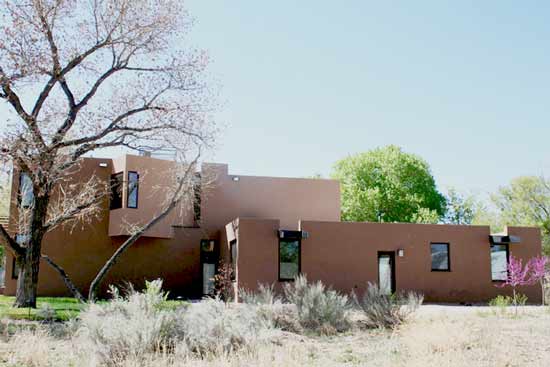 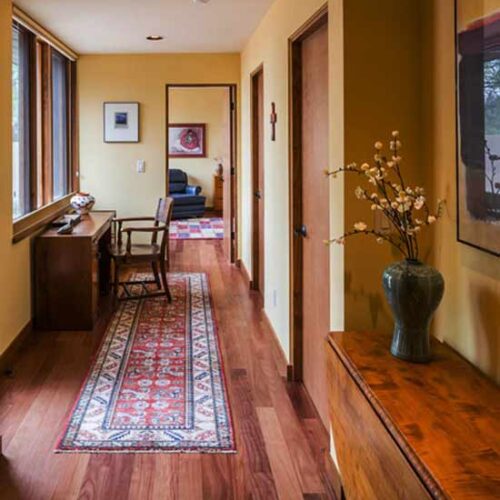 This home, sited on a flat arid acre between Albuquerque and the Rio Grande with spectacular views of the Sandia Mountain Range, is influenced by the strong socio-climatic traditions prevalent in this region: orientation to the sun and wind; techniques for rain water collection; thick wall construction for relief from the dramatic dessert temperature swings; and urban form in a series of courtyards filtering from public to private spaces and fluidity between inside and outside.

The adobe tradition transmuted into the use of Insulated Concrete Forms (ICFs) for a wall with superior thermal resistance. The project is “futurized” for implementation of on site pv arrays and solar water pre-heat. We experimented with running the hydronic water tubes up the inside of the stairwell wall to take advantage of the thermal mass for solar pre-heat of the floor heating system.

Most importantly, however, the house “lives” very comfortably for the client and her extended family and fundamental to her it integrates into its context seamlessly.