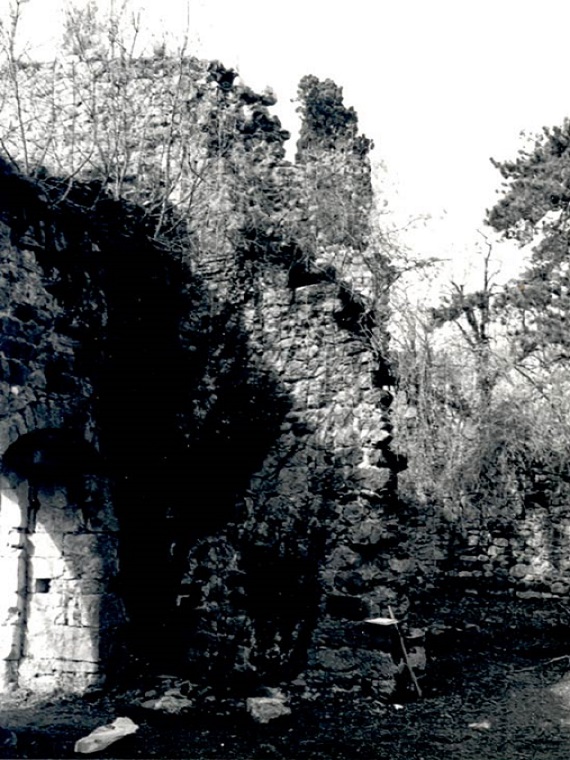 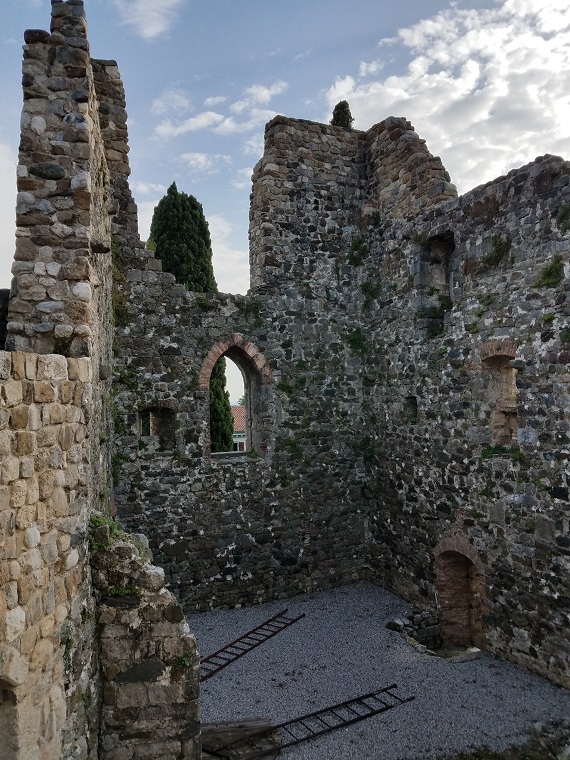 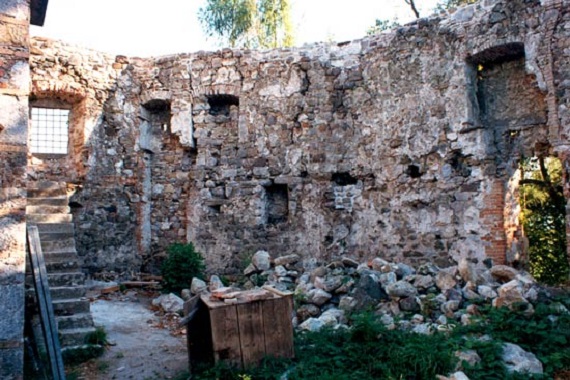 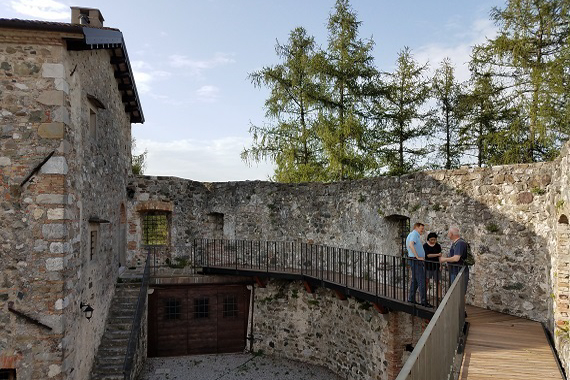 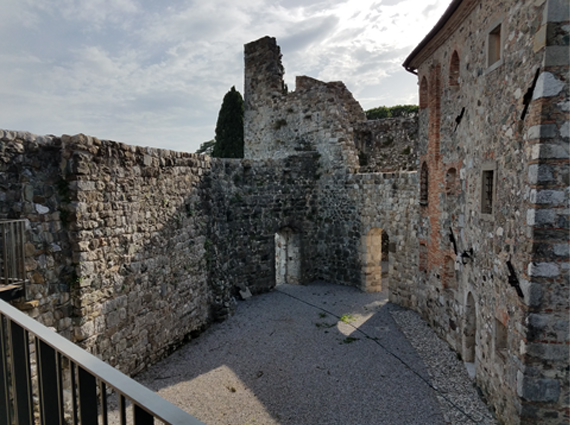 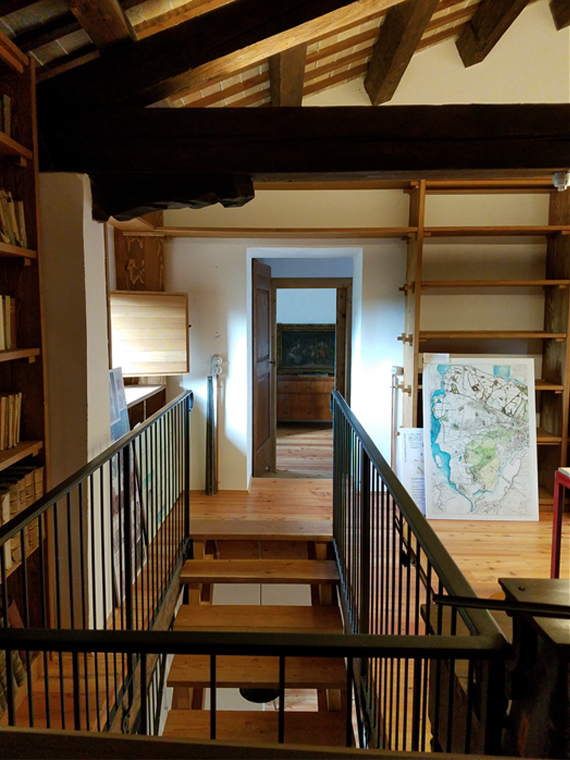 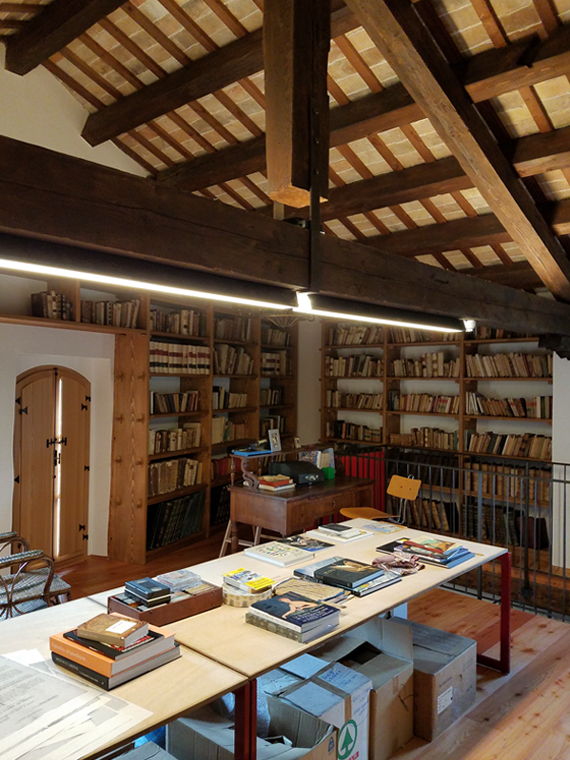 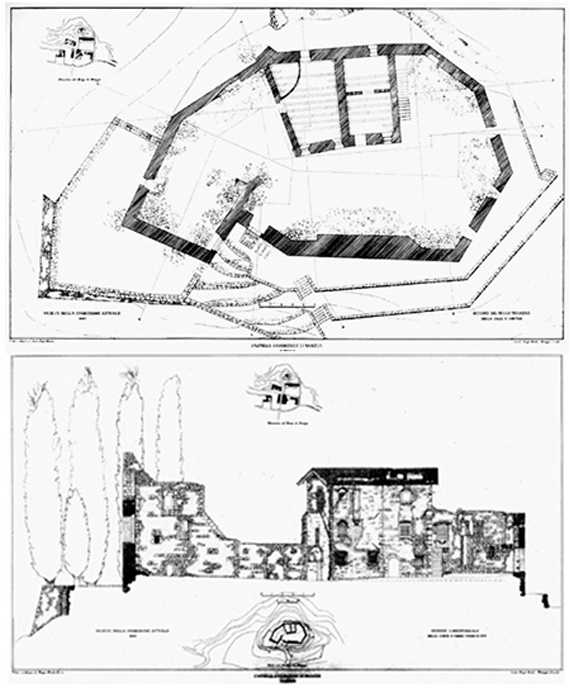 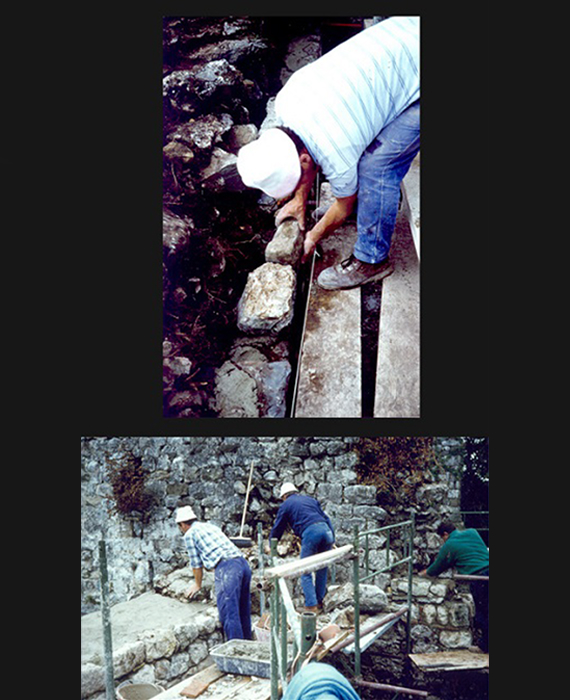 An historic monument, Il Castello di Brazza` dates, in its more modern form, to 900AD.  It was originally built, however, by the Romans as one in a series of fortifications that defended Friuli against invasions from the Middle East.  It functioned off and on as a military fortification until World War II when it was occupied first by the Germans and then the Allies.

After the war it was more or less abandoned and fell victim to invasive ivy and blackberries.  A devastating earthquake in 1976 caused immense damage BUT brought much needed money for the restoration of such historic monuments.

The work entailed a thoughtful consolidation of the fortified walls, some a meter thick, and the addition of some elements consistent with the era of the structure that had been lost to history.  It also involved the renovation of the “Captain’s House” into a residence and library